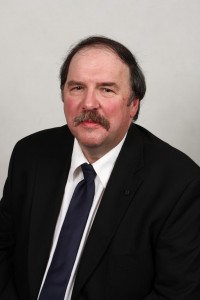 Historically, under the statutes of the Province of Ontario the Drainage Act provided a democratic procedure for the construction, improvement and maintenance of drainage works. Therefore, there were long established drainage laws and Common Law rights that provided the framework for the improvements of municipal drains on agricultural lands.

After amalgamation and for almost two decades the City of Ottawa performed maintenance of culverts and drainage works on rural lands using infrastructure or road tax money derived within the existing tax structure. However, in 2016, the City falsely attempted to tell rural property owners that we somehow had not been paying a tax towards culverts and ditches. In essence, they were pretending to transfer much of the costs of stormwater management to the rural areas due to their mismanagement and neglect of our municipal drains.

The City of Ottawa held seven public “consultations” across the rural communities in March and April of 2016. I attended the public consultation at the Metcalfe Community Center on April 2nd, 2016. There, at the front of the room, with Dixon Ward and other members of City staff was Councillor George Darouze wearing a tee-shirt with a picture of a rain drop and a line through it. During the course of this meeting I was the person who stood up and asked Mr. Darouze if he would vote yes or no for the rain tax. In front of a packed room of people he said he would vote “no“ to the tax. Later that year Council voted unanimously for the tax.

How can George Darouze possibly say he is representing us when he votes for something that almost all of his constituents are against? In fact, I read an article around that time where George Darouze said they were out to sell the tax to citizens.

This total lack of understanding of our needs was further magnified in 2017. City staff was recommending that the amount charged for the stormwater tax be altered and increased to 13%. Instead, Council decide to decrease the increase to 5%. Unbelievably, George Darouze voted against reducing the rate to 5%.

It was at that point that it was becoming apparent that the City of Ottawa was being disingenuous with the intent of the stormwater tax as evident by the altering of amounts they wanted to charge. In fact, over time, it has become increasing obvious that the City of Ottawa has been using this tax money as a cash cow for various pet projects including Elgin Street and Montreal road reconstruction projects.

Furthermore, the misrepresentation contained in this issue became even more evident in our area when we received a letter regarding the Buckles Municipal Drain. I went to the meeting on October 17th, 2019 for the presentation by the Drainage engineer, George Darouze and others. They were indicating that we may be assessed costs for any improvements that may be required to the drainage in the area. After some time in the meeting I stood up and made the following statement, “I thought we had a stormwater rain tax for this?” The people at the front had no clear response for this statement. (As an aside, nothing has been done nor anything said since!)

Due to my disappointment with this meeting and how the information and consultations were manipulated by the City, I decided to do further research on this issue. As a result, I created the Petition to Repeal the Stormwater (Rain) tax to make the City finally aware of our extreme outrage regarding this Tax.